1.21 Jigawatts? The Dangers of Lightning 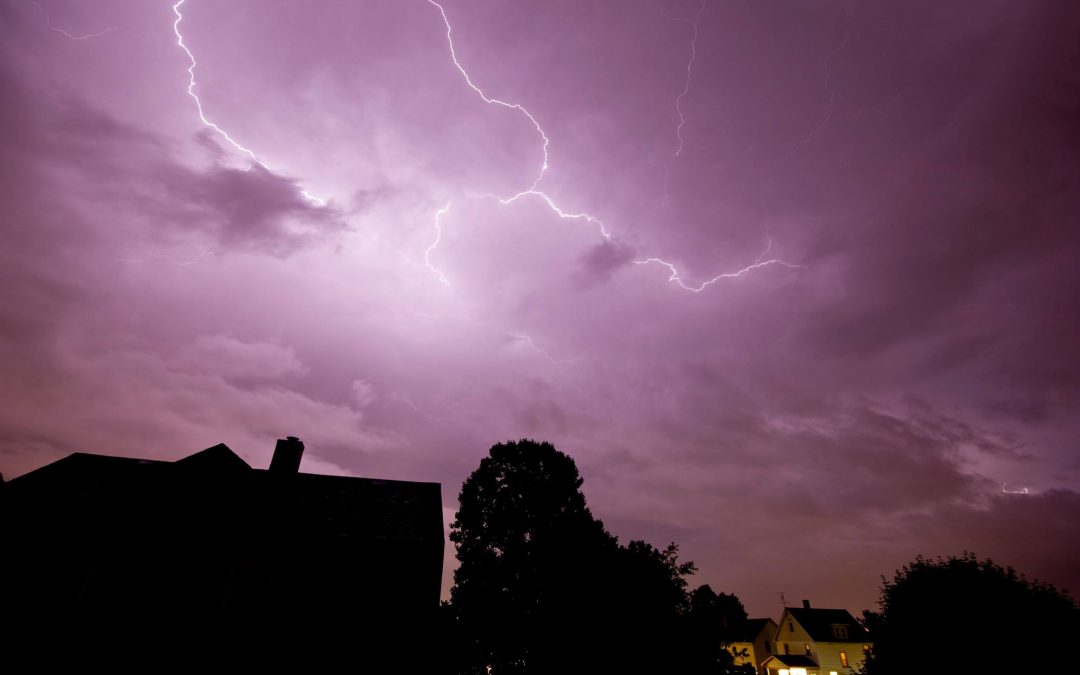 Do you know that you could be in danger from lightning even inside your home?

Lightning is the “visible discharge of static electricity within a cloud, between clouds or between the earth and a cloud,” as defined by Underwriters Laboratories. Lightning is unpredictable and a serious threat to buildings and their occupants virtually everywhere.

Types of dangers from lightning to houses and occupants:

Lightning protection systems are devices intended to divert lightning into low-resistance paths to or from the earth and away from non-conducting parts of a structure. For specific inspection instructions regarding these systems, see the National Fire Protection Agency’s NFPA-780.

Metal rods are fastened to the building to intercept electric discharges that might otherwise strike a building component itself, such as a chimney or metal roof. Electrical discharges striking the air terminal are directed through metal conductors to a grounding system and thence into the earth.

Controversy has existed for centuries concerning whether lightning rods should have blunt or sharp tips. Recent studies have found that moderately blunt metal rods are better lightning-strike receptors than sharper rods or very blunt rods.

Used with permission from https://www.nachi.org/lightning.htm